Are Climate Programs the Most Effective Use of Climate Funding?

What are the most effective programmatic options to address climate objectives: climate programs, climate components, or climate mainstreaming? Brian App explores each and argues which may be the best option. 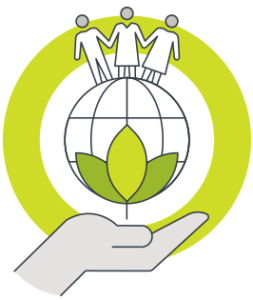 With the anticipated resurgence of climate change on the U.S. development agenda, the objectives of reducing atmospheric carbon (mitigation) and increasing climate resilience (adaptation) will again be front and center. It is, therefore, critical that those designing and implementing climate programming reflect on the programmatic options and identify the ones with the greatest potential to reach climate objectives. While a variety of models are available to us, each of which can be successful, I will highlight examples of USAID programs implemented by Chemonics in Southern Africa to argue that including climate at the objective/component-level in larger sector programs can have the greatest impact by providing the forum to embed climate thinking with credibility into a variety of sectors while providing the resources and incentives to ensure climate is a core part of the approach.

What are the programmatic options to address climate objectives? Generally, climate objectives are included in development programming in three ways: climate programs, climate mainstreaming, and climate components. As climate is not in itself a development sector, climate programs are generally developed as part of environment or economic growth portfolios as climate adaptation, such as for USAID’s Coastal Cities Adaptation Program in Mozambique, or low (or reduced/avoided) emissions development programs, such as USAID’s South Africa Low Emissions Development Program (SA-LED). These programs focus solely on climate objectives and benefit from dedicated resources, objectives, and metrics squarely in the climate realm. Climate components put resources and objectives for climate embedded in a larger program, such as biodiversity, energy, or water, sanitation, and hygiene (WASH) (e.g., USAID’s Southern Africa Regional Environmental Program (SAREP)). This approach can build the constituency and resources for addressing climate change while clearly linking it to the sectors in which change needs to occur. Finally, climate mainstreaming requires programs from across sectors (e.g., USAID’s Rwanda LAND) to consider the impacts of climate change into all aspects of their work without specifically allocating separate resources and related reporting requirements. This approach has the benefit of pushing good climate development principles to a wide audience without having to identify specific funding.

The Challenge of Climate Programs

While climate programs ensure a focus on addressing climate issues and objectives, the core work is done through other sectors — such as agriculture for adaptation or energy for mitigation. The programs may, therefore, not have the expertise or bandwidth to address the highly technical issues posed for climate objectives. The SA-LED program, for example, had five primary sectors and more than 20 subsectors — from sustainable agriculture to traffic demand management — meaning it was challenging for the small program team to possess the necessary expertise for more than a fraction of the potential programs that could focus and scale-up the promising areas. Climate programs may lack the sector expertise and dedication required to build relationships or engage the key players needed to influence decision-makers in health, energy, economic growth, etc., who may feel they don’t “have the time for climate.” For example, to overcome this challenge, SA-LED shifted to a greater focus on co-benefits in the latter half of implementation to better build a constituency for their work outside the world of carbon dividends (see this blog on co-benefits). On the adaptation side, Mozambique CCAP faced a similar challenge at first in engaging municipalities that were more interested in the short-term delivery of services and infrastructure than addressing climate change impacts. While the broad range of program interventions addressed critical needs, a climate component in a municipal support program, for example, may have facilitated a quicker engagement by seeming more responsive to municipal leaders.

The Challenge of Climate Mainstreamed Programs

With neither dedicated funding nor specific indicators and targets, climate change may get lost with other cross-cutting areas (e.g., gender, innovation, or youth). At worst, climate objectives can be reduced to an afterthought. While the Rwanda LAND program, for example, had climate resilience included in its vision for Rwanda (e.g., a modern economy characterized by active land markets, highly productive commercial agriculture, condensed settlement patterns, and climate-resilience), it was only with the addition of specific climate funding and indicators in the latter half of implementation that the climate outcomes (e.g., training, policy briefs) gained demonstrable traction. For mainstreamed programs, progress can be not only difficult to make but also difficult to clearly demonstrate. As the U.S. Government Accountability Office found in their 2020 report examining USAID’s climate activities, reporting on indirect adaptation assistance (which is typically the case with mainstreamed objectives) was insufficient and risked providing incomplete and inconsistent data to Congress. Given the importance of a strong evidence base for decision-makers, including climate as an underfunded mandate may simply be insufficient to track and reach climate objectives.

Why Climate Components May Be the Best Option

Having a component, with dedicated funding, indicators, and targets, within a larger program can provide the needed focus on an aspect of climate adaptation/mitigation while also providing the expertise, resources, and credibility of the sector program within which it is embedded. Program components can also act as an effective entry point for climate within the target sector (e.g., health, energy, municipal services) without making it “all about climate.” SAREP had a climate component alongside environment and WASH activities, and, with the mandate to meet specific climate objectives, the program integrated climate into all aspects of programming, including climate-smart agriculture in livelihoods activities, community adaptation plans into land-use activities, and climate modeling in training of government officials from water ministries. Incorporating climate in this manner builds on the staff expertise, dedication, and credibility in a particular sector, allowing climate to be a natural part of implementation and not seem like another mandate added to a partner’s plate.

Simply put, climate components place adaptation and mitigation objectives at the center of programming while providing multiple additional benefits. By being embedded in larger sector programs, they provide credible entry points for climate dialogue, core staff expertise on critical issues, and key resources leveraged from other component activities, while ensuring the appropriate monitoring and evaluation of the climate investment. While other approaches can offer some of these benefits, only incorporating climate as an embedded objective reliably provides them all.

Brian App is an international natural resource management specialist with over 20 years of experience working in the climate and environmental sectors. Mr. App currently serves as a Senior Climate Services Director in Chemonics’ Climate Group where he helps identify and better understand climate risks and opportunities to improve climate integration into programs and proposals…

The private sector, recognizing the economic threat and global calls to climate action, has mobilized corporate pledges to avert climate disaster and bridge the nearly $4 trillion financing gap for climate financing by 2030. At the United Nations Climate Change Conference of the Parties (COP26), nearly 500 global financial services firms agreed to align $130 trillion – some…

Countries already suffering from conflict and instability are often also on the frontlines of climate change. In Mali, rainfall has decreased by about 30% in the last 40 years, a severe crisis in a country where 80% of people depend on rain-fed agriculture. In Yemen, climate change has increased the country’s vulnerability to droughts and floods, deepening acute…