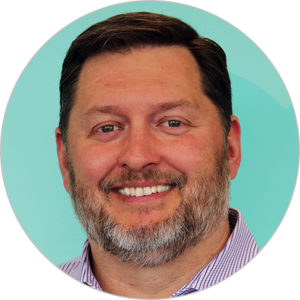 Jamey Butcher has become the fifth president and CEO of Chemonics International. As the lead executive for the international development consulting firm, Mr. Butcher will lead Chemonics’ workforce of more than 5,000 specialists in achieving its mission to promote meaningful change around the world and help people live healthier, more productive, and more independent lives.

Mr. Butcher has served more than 20 years with Chemonics, gaining experience in enterprise development, international trade and competitiveness, and supply chain solutions. He has held multiple leadership positions in the company, including chief of party in Armenia. As senior vice president of Chemonics’ Europe and Eurasia and Africa regional divisions, he diversified and expanded the company’s portfolio and developed a quality assurance approach to business development practices. After being named executive vice president in 2013, Mr. Butcher helped create the Global Health and the Strategic Solutions and Communications divisions. In the latter, he championed the development of Chemonics’ knowledge sharing and learning hub, which provides continual learning opportunities for Chemonics’ global network of employees. Later, Mr. Butcher spent two years leading Chemonics’ Global Health and Supply Chain Office, created in 2017.

“Jamey’s strong leadership and management capabilities have been integral to the success of Chemonics. His innovative ideas, results orientation, and ability to lead diverse groups to achieve common goals will serve him well in this role,” said former president and CEO Susanna Mudge. “His innate ability to think outside the box makes him an ideal president and CEO, and I am confident that he will lead Chemonics with ingenuity, integrity, and unwavering dedication to our mission, vision, and values.”

Mr. Butcher moves into the CEO and president position as Ms. Mudge comes to the end of her seven-year term in the role. Chemonics’ governance structure limits CEO and presidency terms to seven years. Chemonics has a tradition of remaining engaged with those who have served as the company’s president and CEO, and Ms. Mudge will continue to chair Chemonics’ board. She is the first woman to serve in this role.

As Chemonics’ fifth president and CEO, Mr. Butcher plans to continue to expand opportunities for staff, ensure an interconnected global workforce, and bring innovation to the forefront of global development.

“I’m honored and excited to become Chemonics’ fifth president and CEO. I strongly believe in our talented and dedicated professionals around the world and am humbled to have the opportunity to lead the company forward. Drawing on our values of caring, opportunity, excellence, innovation, and integrity, I look forward to working with Chemonics’ Board, leadership team, and all of our global teams to continue to make a positive difference and serve others around the world together.”

Mr. Butcher holds an M.A. from American University in international political economy and his B.A. in political science from Colorado State University.

To learn more about Mr. Butcher, watch a clip from a recent conversation between he and Ms. Mudge about his leadership style and three character traits he values. Development programs worldwide are designed to protect vulnerable people, places, and livelihoods from climate change, but with smarter methods, these programs could be even more effective. In many low- and middle-income countries, health systems face shortages of qualified health workers, and decision-makers lack the data and tools needed to optimize existing resources. An early warning system that provides timely data and evidence-based analysis helps the international community identify and respond to populations that lack access to safe and nutritious food. A recent assessment of the economic impact of climate change in Indonesia highlighted the major environmental, economic, and health challenges that the country will face from now to 2050. Love & Sustainability in the Philippines: A Journey to Self-Reliance

In the Philippines, a couple is putting 10 years of lessons learned from participating in USAID projects with Chemonics into practice. Marie Rose and Jacinto embody how development works by sustainably improving maternal and childcare in their community for generations to come. Closing the Gap in HIV

A new tool from the President’s Emergency Plan for AIDS Relief (PEPFAR), tested in Malawi and Zambia, brings the HIV landscape into focus by unearthing data to address current staffing challenges in HIV healthcare facilities. A New View of Nutrition

With an expanded focus on nutrition, FEWS NET provides food security analysis that is valuable for short-term relief and long-term development solutions.

Chemonics commits to standing with the Black community and will allocate our energy, our talent and creativity, and our resources to address injustice and systemic racism. Join us. Black Lives Matter. This is the first in a series of maternal health blogs, setting the scene for a conversation about the challenges of offering quality care in lower volume, more basic health facilities. Joining the Global Effort to Prevent, Detect, and Treat Malaria With development project staff and partners working remotely and in many cases scattered across the globe due to the COVID-19 pandemic, how do we ensure project continuity and staff cohesion? Garrett Dorer provides practical recommendations for remote management during this challenging time.